. . .The director of a film I shot last year needed some still photographs for said movie, and he suggested that for a lark after we took those we could play and take some more pictures, maybe some Steampunk stuff.

And of course he had me at Steampunk.

Now I actually did a photoshoot earlier this summer for some Steampunk photos that I could use for conventions etc, but those pics aren't ready yet (my fault, I was given a contact sheet a mile long and the photos are really good - which I take no credit for, it's all the photographer's talent - so choosing which I want is quite the effort), so in the meantime I felt like sharing some of these from the spontaneous shoot.  'Cause . . . why not? :)

You'll note they are very Adrienne Steampunk.  That is to say, they have a dash of Steampunk, but aren't as intensely Steampunk as some of the amazing pics you'll see out there.  I know it sounds odd, and counter to everything that makes the genre what it is, but I'm kind of into a minimalist Steampunk aesthetic, lol.

So without further ado . . . some green! 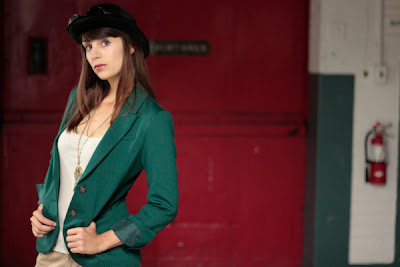 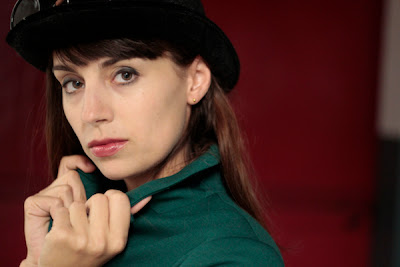 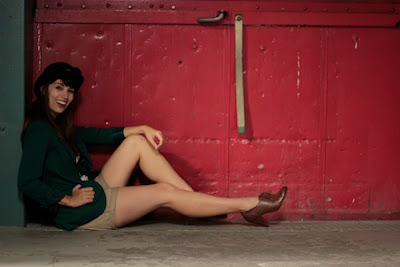 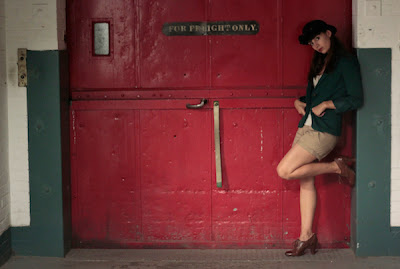 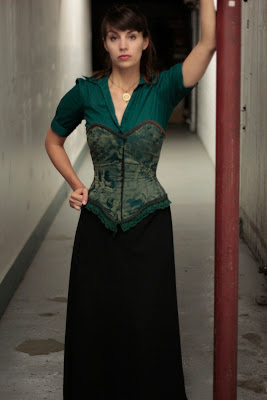 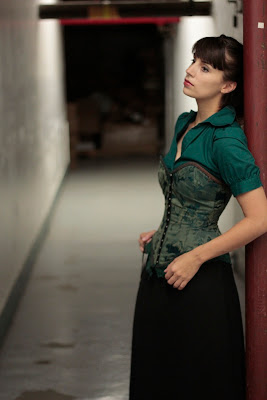 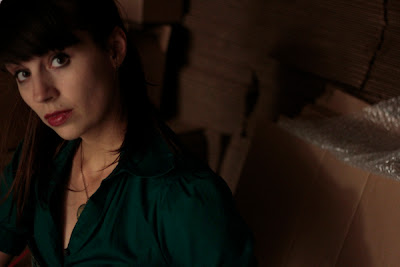 Ah! To be young and pretty!
Enjoy it while it lasts, sister. :) (And, no, you will find no photoshoot pics of me on any blog. That's for everyone's benefit.)

Summer - thanks! And it really was :)

Woods - thank you! They have these amazing blazers this fall at H & M. I have quite broad shoulders, and find it rare to find a cut that fits me. So when this one did I not only bought it, but two others - in different colours of course :)

Lisa - "To be young and pretty!" - and have good lighting, an excellent photographer and makeup ;) . I think, quite frankly, you are doing a disservice to the blogosphere to not have photoshoot pics on your blog, but that's just my humble opinion.