So here's something that's a bit crazy. Okay only to me crazy, not to famous authors who are used to this sort of stuff obviously. But this is my first book, and everything to me seems to fall under this category. So crazy is being published in the first place. Crazy is suddenly being an author when you have spent your life devoted to acting. And crazy, well crazy is most definitely having your book translated into Italian.

Yes, ladies and gents, the temping actress who also writes's wonderful agent Julia, and Julia's equally wonderful co-worker Emma, have sold my book to a publishing house in Italy. Who knew I had this special bond with the Italians? (though I suppose my old housemate Caterina, could have testified to that) Well at any rate, my book, my little book, which may I remind you I wrote on this little laptop in my little house to pass a little time, is going to be translated into a different language - a language I do not speak one bit, in a country I adore, but that is completely foreign to me.

And like, I mean, dude. What could be crazier than that? 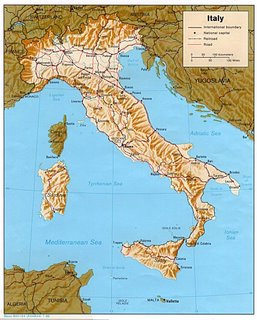 Posted by Adrienne at 1:47 PM No comments:

Snakes on a Plane

Okay okay okay, perhaps I am jumping on this bandwagon slightly late (though I have been well aware of its existence ages before it was making headline news, so there, ha!). But I was talking with a friend, she had just seen the film, and we were joking about it. We thought it would be really funny if in the credits it had said something like:

"Snakes on a Plane, based on the novel by Arthur H. Hipple" or something to that effect, like the film was based on a classic novel of yore. Yes, yore.

Then I said: "I should totally write the first chapter of that!"
And she said: "You totally should!"

So I totally did.

So here, with apologies to fans who have actually seen the film (I am scared of snakes, deal with it), as well as to New Line and Alliance Atlantis and anyone who may own the rights - if I offend or am infringing on any copyrights, please let me know, I'm pretty easy going, I present to you:

Snakes on a Plane


That his life was in danger was of little doubt. T'’would have been foolish not to have thought so. Though his life had never been one of the most blessed, Sean Jones had his suspicions he had never been in quite so a precarious position as he was presently. It was perhaps the two men who stalked him, minded him, guided him, all in his best interest he was told, that exacerbated the situation. He was still alive, he told himself. Nay, he could not convince himself of such a trick. His heart was beating, fast to be sure, but he was not 'alive'’. Merely not dead.

Honolulu was a searing place on the best of days. That morning had come on fiercely and with a determined heat, evaporating the sweat of his brow. To this he was grateful, he did not wish to betray the deep hollow fear that had settled firmly in his lower half. Especially not to the man who had introduced himself as, "“Neville Flynn"”. A man who's sweat poured out ice cold, a man who'’s quiet confidence only seemed to aggravate the people around him, a man who could make a lei look good.

Sean Jones boarded the craft and a wave of relief washed over him. He was not content, but he was safer than he had been since he'’d first witnessed that crime. The villain himself, Eddie Kim, was nowhere to be seen, and should any of his men be aboard, well, Sean felt a strong confidence in his keepers. For the first time in a very long time, Sean Jones closed his eyes.

He was correct in his assumption. Neither Kim, nor any of his men were on this flight, this Pacific Air Flight 121. The usual contingent of stewards and stewardesses, more commonly in this day and age referred to as flight attendants, were of course on the plane however; as were a variety of passengers ranging from a mother with her two sons, a well to do young woman with the name of a popular motor car, a newly married couple and, as was so often the case, a kickboxer. Yes together with Sean and his two protectors, this motley crew eased themselves into their seats in preparation for take off. And none of them guessed, nor remotely suspected, that deep below them, in the bowels of this flying god of the sky, was a crate that Kim had carefully orchestrated be placed on the plane. Why should they have? Who thinks of doing such a thing? Only a man like Kim, a man with a heart of pure dripping evil would have thought of doing such a thing, of releasing, at a careful moment of timed precision such cruel beasts onto a craft soaring thousands of feet above the spinning earth.

Thank you, thank you.


PS: I'll get back to the title talk tomorrow, thanks Northern Creative for the help so far!
Posted by Adrienne at 3:30 PM 1 comment: 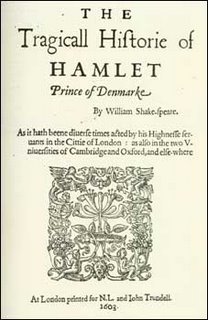 While I wait on my edits from my editor and as such more fodder for this blog, I am going to ask my limited readership for some advice:

What are some of your favourite titles?

If you are a writer, how do you come up with your titles?

This may or may not have to do with the fact that I don't actually have a name for my brilliant opus, and I am going a bit insane trying to think of one. So I thought I would steal from ya'll.