When we last left our temping actress, she was faced with a conundrum - how to find a literary agent? So, what did she do? Read on dear friends, read on.

As I've already pointed out, I did a fair bit of writing at my various temping jobs. However, when I was faced with writer's block, I would google questions about the publishing world. I stumbled onto the Bloomsbury website where they offer a lot of free information on the industry. This is the link: http://www.bloomsbury.com/WritersArea/Get_Published.asp. By checking out this link I learned about the Writers' and Artists' Yearbook 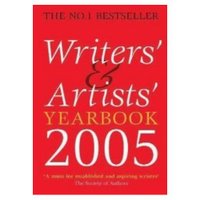 - a large fat book that tells you everything you need to know about the publishing industry (in the UK), as well as providing lists of addresses of publishers and . . .agents!!!

So after much research I learned I needed to provide my prospective agent the following things:

- a query letter
- a synopsis
- the first three chapters

I was a lucky girl. I had no idea how difficult such a letter was supposed to be. I read the example provided in the yearbook, found an example online of a published writer's query, and took what I considered to be the best bits from both and combined them into what seemed to me to be a professional sounding, witty and intriguing letter. I was very familiar with the art of the cover letter, having sent out many many of them as an actor. So I knew to be professional and to the point. It wasn't easy, but it wasn't a terrible struggle. It was only after I had had success with it that I noticed on writing forums and agent blogs just how huge and important the query letter was - how so many writers worked themselves to the bone to get the perfect letter, and how there were even courses on writing the perfect one. Had I known any of that I would have second guessed myself throughout the process of creating the thing. You see the problem is, no two queries are the same. You can have your query letter edited to death, and be told to do such and such by one person only to be told that such and such is the absolutely wrong thing to do. So, ignorance was bliss. The most blissful of bliss.

This again I think I may have done wrong. Fortunately the one thing I did right was not end with a cliffhanger. I knew that the agent wanted to know the story and it wasn't my place to be cute. However the tone of the synopsis was quite dry, and the middle section was actually bulletpointed! From what I have since learned the key is to write the synopsis in the tone of the book, like a mini-story. That to me makes a heck of a lot of sense.

I just made sure my first three chapters were amazing. It occurred to me early on that I had a big problem however. My middle grade adventure book opened with a chapter where there was absolutely no dialogue (this has since changed in subsequent editings). And this is where I did wrong thing number 372. I wrote a prologue. If there is one thing I have noticed in the blogs of the various agents and editors out there is how much they don't like prologues. Well again, I didn't know that at the time. I wrote a short prologue which was virtually entirely (what I considered to be) amusing dialogue, and that was relatively short. To be honest, I love this prologue, it adds a heck of a lot to the story and gets things started off on the right tone. Still, is there anything this temping actress did right?


Well . . . I did follow the instructions of each specific agent. I also phoned all the agencies to get the name of the person to whom I should submit. I made sure I didn't submit to any agent who didn't take children's lit. And I didn't use any fancy fonts (Times New Roman 12 all the way), or scented paper, or anything else that is ridiculous. On the other hand. . . .

I hadn't finished the novel.

Okay, in my self-defense all the agent sites and blurbs said that it takes 4 - 6 weeks to get back to you. And I knew I would be able to write my ending in that amount of time. Besides I work better in a panic with a deadline looming in the not so distant future.

So on a cold Monday morning in January I took half a dozen manila envelopes filled with queries and synopses and first three chapterees, and sent them off on their merry way, wooshing through fair London town with the help of those noble knights from the Royal Mail.

And I went about my business.


The next day (Tuesday - the same day I had an audition for Robert Altman which was awesome, and even though I didn't get it, I actually thought I did pretty darn well):

And then followed a stream of words I didn't quite understand until the title of my book was mentioned. And then everything clicked. It turned out that a marvelous young woman by the name of Julia Churchill from the marvelous agency Darley Anderson wanted me to send her the whole MS. Could I do such a thing?

I hung up the phone. And then started running in tiny little circles waving my hands around. WhatdoIdowhatdoIdo???????????

I tell you what I do. Mom and dad (wonderful English teachers and the king and queen of grammar) get the novel, up to the point I had written it at the time, to edit. Woosh, there it goes over the inter network. Meanwhile I sit in front of the computer and finish the thing. In three very long days.

I sat at my kitchen table and wrote all day, and late into the night. Pausing occasionally to watch the favourite TV shows and to eat. And I finished it. Meanwhile I received the edits from the folks, and after a long chat on the telephone, made the various corrections. Then on the Friday I printed it up at one of those print shop places.

It sat quietly on my mantle for two days and three nights.

Monday morning I walked it over to the agency (it was in my neighbourhood you see, and it saved me money and the worry of whether or not it had made it).

Then all there was left to do was wait. And wait.

Next Time: The Conclusion of The Agent Acquisition.
Posted by Adrienne at 11:45 AM

For you Kay, anything.