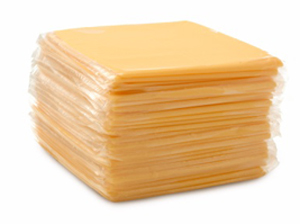 I don't often blog about the third personality in my blog title, that is to say, The Temp.  Why?  Well I am not consistently temping, and most of the time there isn't much to tell really.  It's the usual office work, you know how it is.

But yesterday I had such a surreal experience in the guise of something perfectly normal that I felt I would briefly share.

I was called last minute to help put together some packages for a marketing company's mail out.  I went to the mail room and was introduced to Fred, a lovely older gentleman with white hair and glasses, who towards the end of the day announced he'd forgotten to take his arthritis medication.  Fred far prefers theatre over movies, doesn't really read books (though his wife loves them), but does enjoy magazines.  Has been married three times, and is totally in love now.  He hates people who can't own up to their mistakes, and in general dishonesty makes him extremely mad.

I learned all this, you see, after working six hours with him, stuffing test samples of processed cheese into FedEx boxes.  You take one package marked "Try Second", put that in the package, then you put in an ice pack, then the second package marked "Try First".  Then the package is sealed up and slipped into a box with a survey placed on top.  Address labels go on, and then I assume these packages get whisked off across the country.

Yup.  That was my day yesterday.

Or to put it another way:

I spent the day yesterday in the mail room stuffing cheese into FedEx boxes with a guy named Fred.

Seriously.  How ALEX AND THE IRONIC GENTLEMAN is that?

Fred asked me, "Do you ever get inspired by the temping jobs you do?"

Labels: alex and the ironic gentleman, cheese, fred, the temp

As a former temp myself, I loved this post. Cheese! Fred! It actually sounds sort of... Muppety, even.

I look forward to recognizing Fred in a future book.

Former temp here, too. Lots of cheese for thought here.
Fun with Fred! Perfect character study. Thanks for sharing.