Happy holidays and a look back at the decade that was . . . 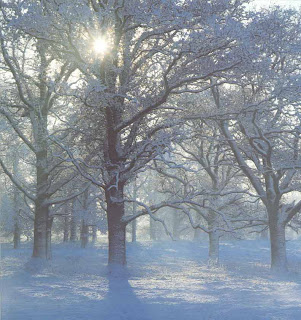 It's that time of year, and I want to wish you all a very happy holiday and very happy end to the year. It's been a daunting one for yours truly, filled with both good and bad, and it will be very interesting what the new decade brings.

It's also a little weird for me to sit back and realise that the decade of my twenties is coming to a close. Trying to think back on everything I did in the 00s is pretty overwhelming. I graduated from university, lived in England for three years, got to meet some pretty impressive people while there (like Edward Albee, Robert Altman), published two books, been in too many plays to count, founded a nerd website, interviewed a ridiculous number of people, discovered I loved writing movie reviews, and went to my first SF/Fantasy convention. I learned how to live away from home, how to have a variety of roommates. I learned how to relax and be a bit more spontaneous, that I loved to dance despite really not enjoying the club scene. I learned I actually didn't mind working out, even though I never really was that sporty. I also learned that I'm not giving up on my acting any time soon, and that setbacks never prompt the desire to quit.

Mostly this decade was one of making some extraordinary friends, and maintaining connections with those from previous decades. The people I have met the last ten years have been amongst the cream of the crop, truly talented, truly hilarious, truly fabulous.

There have been ups and downs, people we have lost along the way, and the last two years have been particularly difficult - both for the world, and also just for me. But I got through many things, am working my way through the other stuff, and have faith I'll come out the other end, have faith that we all will.

So here's to the new decade, and cheers to the last one. It's time to move on, but it's amazing to look back. I am who I've ever been, but I definitely think I've come out at this end of the decade a better person for having gone through it. I hope you all feel something similar.

See you in the new year! And can we finally come up with a name for our decades now?

Timothy and the Dragon's Gate was reviewed and recommended over at Kidlit.com's Holiday Gift Guide. I second the motion that Timothy would make an excellent book for any child 8 - 12 this holiday season. It's a book that boys love, as well as girls, and appeals to reluctant readers with its fast paced adventure and sense of humour.

While your at it, why not pick up Alex and the Ironic Gentleman as a companion piece? :) 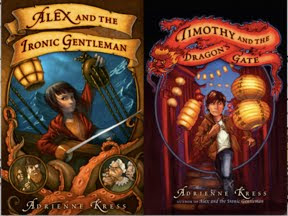 The books sound fabulous to a mom of four. Happy holidays and many happy sales to you!

Happy holidays, Adrienne. And here's to the new decade and all the surprises and delights it has for us.