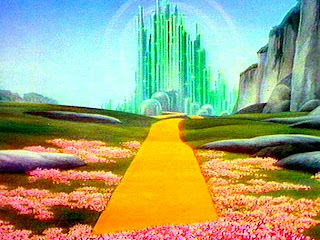 Yes, like many, I took the holidays off from blogging.  And then I got some temp work that made it very difficult to blog as well.

And really I can’t guarantee I’ll be back with any regularity for a while. I apologise for that. As someone who likes a good old fashioned schedule, well, I annoy myself with this announcement. Nonetheless I was able to compose three blog posts whilst manning phones at my temp job (I should add that everyone in the office was fully aware of what I was up to and probably quite happy that I was keeping busy as they all seemed guilty I didn’t have much to do). So we at least get blog updates for the rest of the week.


In the past at this time of year I have been inclined to discuss resolutions etc. I realise this is a
staggeringly original idea of mine to do, and it would be absurd from me to divert from such an unusual and delightful path. But I’ve said a fair bit on the subject and I get bored easily . . . and I don’t wanna talk about that stuff right now.

I want to, instead, examine the year ahead. At least, what I know of it so far, on this the fourth day of the year 2012.

It’s a strange year that unfolds before me, and, I’ll be honest, it freaks me out a bit.

I have a novel coming out in the fall. This is kind of a huge deal for me as I haven’t had a novel out since 2009, and I’m new to YA. It’s a totally different world from MG, with different expectations (not better or worse, just different) and a different support system – the blogosphere is kind of insane when it comes to blogging about YA (insane in a good way, like “wicked” used to be when I was cool and stuff . . . wait, I was cool?  That can’t be right . . .). I just don’t know what to expect when THE FRIDAY SOCIETY comes out. Sure I’ve had books released before, sure I know the basics, but there is so much unknown around it too.

And the weirdest bit? That’s not happening till the END OF THE YEAR. Like, think about it. Dude, we’ve just STARTED the year now. Months and months are ahead of me, and honestly, my life isn’t really all that planned out. This time last year I was in a show and knew I would also be starring in another one come summer. I had a book to finish writing, a couple anthologies to promote.

But this year . . . it’s this weird blank canvas kind of thing.

See I kind of think it's neat that I don't know what's going to happen.  I'm kind of excited to see what will be, and it will be interesting re-reading this post a year from now thinking, "Oh Adrienne from the past, have I got stories for you . . ."

Now of course it’s not like I don’t have some plans.  Obviously I'll be starting to promote TFS before its launch. In fact the gears are already turning.  I’ve been working on the book trailer since October. By which I mean my director and DoP have been working on post-production since we wrapped in October and I’ve been offering my oh so "helpful" advice every so often.

I imagine there might be some contests and giveaways too.

Of course there will be edits. More just general kind of edits, but then copy edits, and galley edits, and a strong desire to throw up having read the book maybe one too many times.

There will be a cover reveal! And maybe just maybe a delightful story behind how it came to be (I’ve seen a sketch of it btw . . . just so you know).

There is con season which feels like it just wrapped but will be beginning in no short order, especially exciting as this year my good friend Lesley Livingston is one of the guests of honour at Ad Astra this year.

There is writing to do, settling on that next project.

There will be auditions, and hopefully acting work.

There will be temping.

My cat will be adorable and a pest.

It’s like looking at a city far away and knowing that eventually I’ll get there but not yet. I can see the publication date of TFS loom so clearly. I’m hoping that some trees and maybe some nice little towns will suddenly materialise blocking the view to distract me from that goal as I walk along the path towards it. I’d like that because that’s when suddenly you discover you’ve arrived at your destination without realising it.

And whatever pops up, you can be assured, dear blog readers, that I shall share tales of my adventures as we go along.
So yeah.

But it’s kind of fun.


So now, it's your turn!  What does the year ahead look like to you right now?  What are you hoping for?  Etc. Etc. And so forth.
Posted by Adrienne at 12:00 AM

Your post made me want to put my hand on your shoulder and tell you not to fear the New Year. But I would be talking, not doing. I get rattled also.
So onward with it all: 2012 looks good so far, especially YOURS!

Wow, I didn't realize you have a blog, and now I see in the sidebar that you've written and published novels, and have another on the way. Outstanding!

If your previous accomplishments and hard work are good indicators (and I think they are), then 2012 should be a fantastic year for you.

Mirka - lol, I appreciate the sentiment. Let us be brave and face the new year with excitement and anticipation together.

Mark - also lol, I guess I assumed the whole writing thing was how you found me through twitter. Well welcome! And thank you for the vote of confidence and Xena quote. Always love a good Xena quote. :)

May all of the unexpected things that pop up along the road to your book release be delightful little surprises. Enjoy every bit of it! And congrats =)